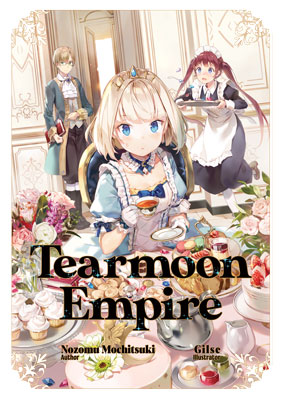 Surrounded by the hate-filled gazes of her people, the selfish princess of the fallen Tearmoon Empire, Mia, takes one last look at the bleeding sun before the guillotine blade falls... Only to wake back up as a twelve-year-old! With time rewound and a second chance at life dropped into her lap, she sets out to right the countless wrongs that plague the ailing Empire. Corrupt governance? Check. Border troubles? Check. Natural calamities and economic strife? Check. My, seems like a lot of work. Hard work and Mia don’t mix, so she seeks out the aid of others, starting with her loyal maid, Anne, and the brilliant minister, Ludwig. Together, they strive day and night to restore the Empire. Little by little, their tireless efforts begin to change the course of history, pushing the whole of the continent toward a new future. And why did the selfish princess have a change of heart, you ask? Simple—she didn’t. She’s just terrified of the guillotine. They hurt like hell, and Mia hates pain more than work. 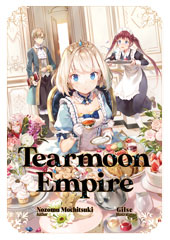 Surrounded by the hate-filled gazes of her people, the selfish princess of the fallen Tearmoon Empire, Mia, takes one last look at the bleeding sun before the guillotine blade falls... Only to wake back up as a twelve-year-old! With time rewound and a second chance at life dropped into her lap, she sets out to right the countless wrongs that plague the ailing Empire. Corrupt governance? Check. Border troubles? Check. Natural calamities and economic strife? Check. My, seems like a lot of work. Hard work and Mia don’t mix, so she seeks out the aid of others, starting with her loyal maid, Anne, and the brilliant minister, Ludwig. Together, they strive day and night to restore the Empire. Little by little, their tireless efforts begin to change the course of history, pushing the whole of the continent toward a new future. And why did the selfish princess have a change of heart, you ask? Simple—she didn’t. She’s just terrified of the guillotine. Dying hurt like hell, and Mia hates pain more than work. 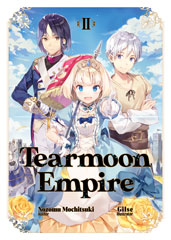 It's the summer holidays, and Mia's on a roll. Ever since the spoiled princess of Tearmoon leapt through time and restarted life as a twelve-year-old, everything has been going her way. Leveraging her memory of future events and—unwittingly—the delusions of those around her, she secures a source of wheat for the coming famine and prevents civil war from breaking out. She even manages to avert her own grisly death by guillotine, erasing from existence the very diary that foretold her doom! But once again that dreaded word—revolution—reaches her ears, only this time, it's not in Tearmoon. She's horrified to learn that a popular uprising in Remno is threatening that kingdom's stability. To make matters worse Abel, her princely sweetheart, is trapped at the center of the chaos. Should she brave danger to mount a rescue, or sit safe in the comfort of her own castle? Freed from the curse of the guillotine and faced with an uncertain future, what path will Mia choose? 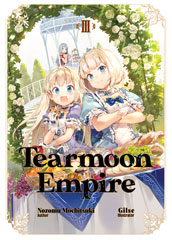 Half a year has passed since the Remno revolution ended. Spring has rolled around again, bringing with it one of Mia's favorite occasions—spring break. Freed from the duties of school and station, she’s ready to seize the day! By which she means, of course, do absolutely nothing productive and lounge around in bed all day. Her indolent plans are cut short when her granddaughter, Bel, is whisked backwards through time and deposited in front of her. Just when she thought she was finally done with worrying about the guillotine, she learns of the grisly future awaiting her, in which a war of succession rends the empire in two. Mia herself has been killed by poison, and Bel narrowly avoided execution by leaping through time. Altering the course of history will, of all things, require her to defeat Rafina in the upcoming election for student council president! Underprepared, polling abysmally, and trailed by a granddaughter who inherited all her, erm, Mia-est quirks, she once again finds herself at a historical turning point... without the faintest clue of what she's supposed to do! 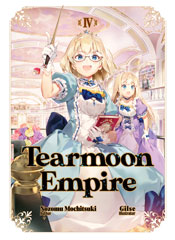 Mia just can’t catch a break! She ran for student president, won, and bent the arc of history away from the calamitous developments Bel foretold. You’d think saving the future would be enough to earn her some rest, but all she got for her troubles was an urgent letter from Ludwig requesting her immediate return to the empire. She sets out for Tearmoon, only to learn upon arriving that the academy city, which she was counting on, is now falling apart before their very eyes. The headmaster? Bailed on them. The teachers? Fleeing by the boatload. The project itself? At risk of grinding to a halt. And to make matters worse, the Greenmoons are apparently the ones behind it all! Ludwig offers a solution: they need a new headmaster with enough clout to stop the exodus of teachers, and his former master fits the bill. Sounds great! The only problem is...the man’s a stubborn old badger who hates nobles with a burning passion! 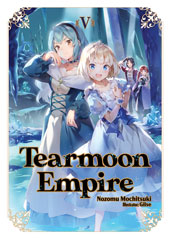 Mia’s summer cruise has turned into a full-blown adventure! Stranded on a deserted island sans boat and supplies, she and her friends need to figure out how to survive. Well, she and most of her friends, because Esmeralda has gone missing! The group decides to split up to look for her, and Mia gets paired up with Abel. Hey, maybe being stuck on an island isn’t so bad! Especially if it means she gets to be alone with her sweetheart. Little does she know, deep within the island lies a dark secret lost to time. In unearthing it she will learn the hidden truth of the Tearmoon Empire... and how it’s inextricably linked to her own morbid fate. Can Mia break free of the bonds of history and avert her ever-impending doom? Maybe, but not before she gets in some quality flirting time! After all, Mia’s primary concern is and always will be herself, and the only bond she’s interested in right now is the one with Abel. Too bad the island isn’t about to let her have her way... 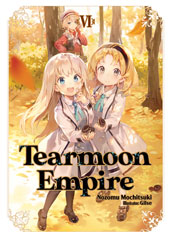 Mia has a problem. It’s not defeating Ruby at the Horsemanship Tournament. She enjoyed that. Nor is it winning the allegiance of the Redmoons and gaining access to their military might. That was positively brilliant. No, her problem is the fact that she still has no idea what’s going to happen during the Holy Eve Festival. And she really needs to know, because the Princess Chronicles continues to predict her death that day! With her assassination drawing ever closer, she grows steadily more anxious. Desperate times call for desperate measures. So, Mia resolves to...go mushroom picking! After all, if she's going to die soon, she might as well start working on her bucket list, and at the very top is enjoying some exquisite mushroom stew. Conveniently, Bel shows up with her new and first-ever friend, Citrina Yellowmoon, who happens to know a thing or two about mushrooms. What perfect timing! Ready to indulge in some fungal foraging fun, Mia prepares to head off to the forest... 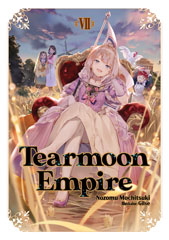 Just as Mia’s getting ready to take it easy for a while, her old friend the great famine comes knocking again, this time in the form of a complete collapse of Forkroad & Co.’s business. Without their logistics, Mia’s famine prevention plan is now critically hobbled. You’d think surviving an assassination attempt would entitle her to some rest and recreation—so much for taking it easy! As she investigates the source of all this, an old name from her past life resurfaces, along with a host of bitter memories associated with it—Shalloak Cornrogue, the Merchant King. Remembering the indignity she once suffered at his hands, a wolfish smile creeps across her face. No one picks a fight with Mia Luna Tearmoon and gets away with it. Not indefinitely, at least. Time for some payback. Unbeknownst to her, said payback will take Mia all the way to Perujin, dragging in a multitude of people and culminating in a showdown that will change the fate of the entire country forever... 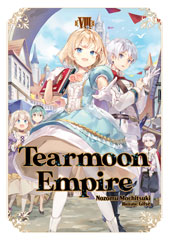 Mia reclines and flips open the Princess Chronicles, wondering what new developments it has in store, when her eyes leap to a certain line: “Sion Sol Sunkland perished in his youth.” Needless to say, she does not remain recumbent for long. How could this possibly be?! Though he may be infuriating at times, Sion is an ally, a classmate, and most importantly...a friend. She needs to warn him; if she can’t save him personally—which, let’s face it, is unlikely given her limited faculties—then he can at least save himself. But how? She only has a month before his impending doom. She can’t exactly tell him he’s going to die because a magic book said so. Heck, she can’t tell him anything at all—he’s currently in Sunkland, and she has no business there. That’s when an aggrieved Esmeralda shows up complaining about a marriage proposal her father insists she accept. Upon hearing that the suitor is a Sunkland noble, the cogs in Mia’s brain begin to turn... 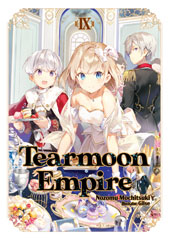 Donning a precious keepsake dress made by her mother, ex-selfish-princess Mia throws open the doors to the ballroom and prepares to confront the swirling conspiracy threatening to swallow the whole of Sunkland. It is here that the Crown Prince Sion is prophesied to be fatally poisoned by his younger brother, Echard. The death of either brother would surely lead to ruin, so Mia needs a plan to avert disaster. After considerable (by Mia standards) thought, she devises a brilliant (again, by Mia standards) scheme. It’s time for Operation Keep-Sion-Dancing-So-He-Never-Has-a-Chance-to-Drink-Anything! Unsurprisingly, her plan falls flat almost immediately, as the myriad factions and players in this game of power are hardly willing to sit idly by and allow her to interfere with their goals. When she’s up against Sion’s burden of justice, Echard’s inferiority complex, AND Sunkland’s complex political background, can Mia lead everyone toward a better, brighter future?