Ring in the New Year with January Catchups! 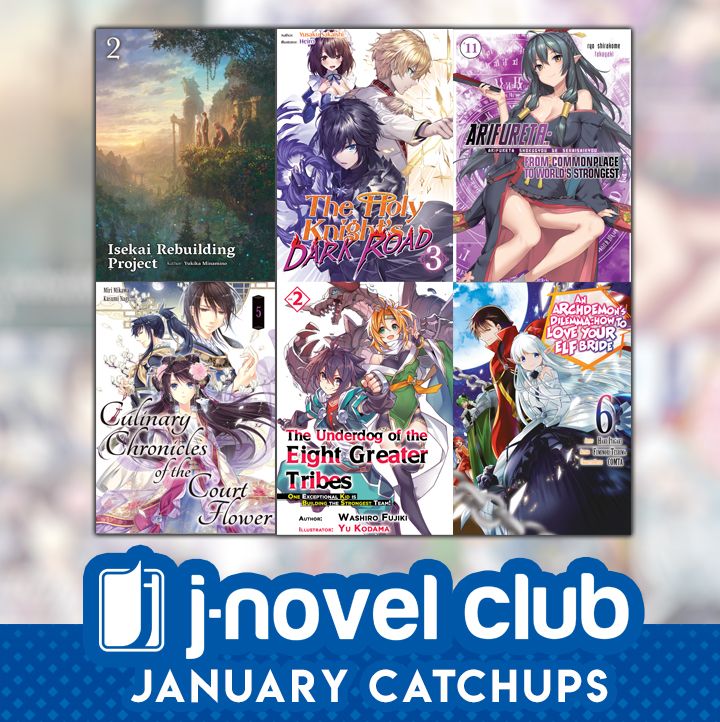 While we all wish we were still on Christmas vacation, it's time to get back to work, and that means updating the catchup series for members to read!

With a new season of anime coming up, get caught up on Hajime's adventures in Arifureta: From Commonplace to World's Strongest! Betrayed and likely to die in the deep depths of a dungeon, Hajime abandons his humanity to survive. Can the people who love him help him recover it after he gets out?

In the Culinary Chronicles of the Court Flower, Rimi is sent off to be a concubine in the great empire's palace. Her only consolation is rediscovering the taste of her home country's cooking, but how does this lead to being jailed for disrespecting the emperor?!

Do you enjoy the silly romance of An Archdemon's Dilemma: How to Love Your Elf Bride? Time to check out your favorite scenes drawn out for the manga! Zagan, an infamous evil sorcerer, purchases a elf slave at a dark auction. Why? ...Because he fell in love with her at first sight! Unfortunately, he had no plan beyond buying her, so what next...?

We have a few short offerings for this month as well! What happens when a holy knight tries to become a dark knight... even though he can't use dark magic?! Find out in The Holy Knight's Dark Road! See what happens after a hero summoning is long over in Isekai Rebuilding Project where a city clerk is called over to clean up the hero's haphazard influence on the other world's laws and technology! Finally, The Underdog of the Eight Greater Tribes is here to turn the world on its head as Yuri, a member of the weakest tribe, shakes up the battle rankings!

There's over 30 volumes of content for members to check out now!