Get Ready to Fall for August Catchups! 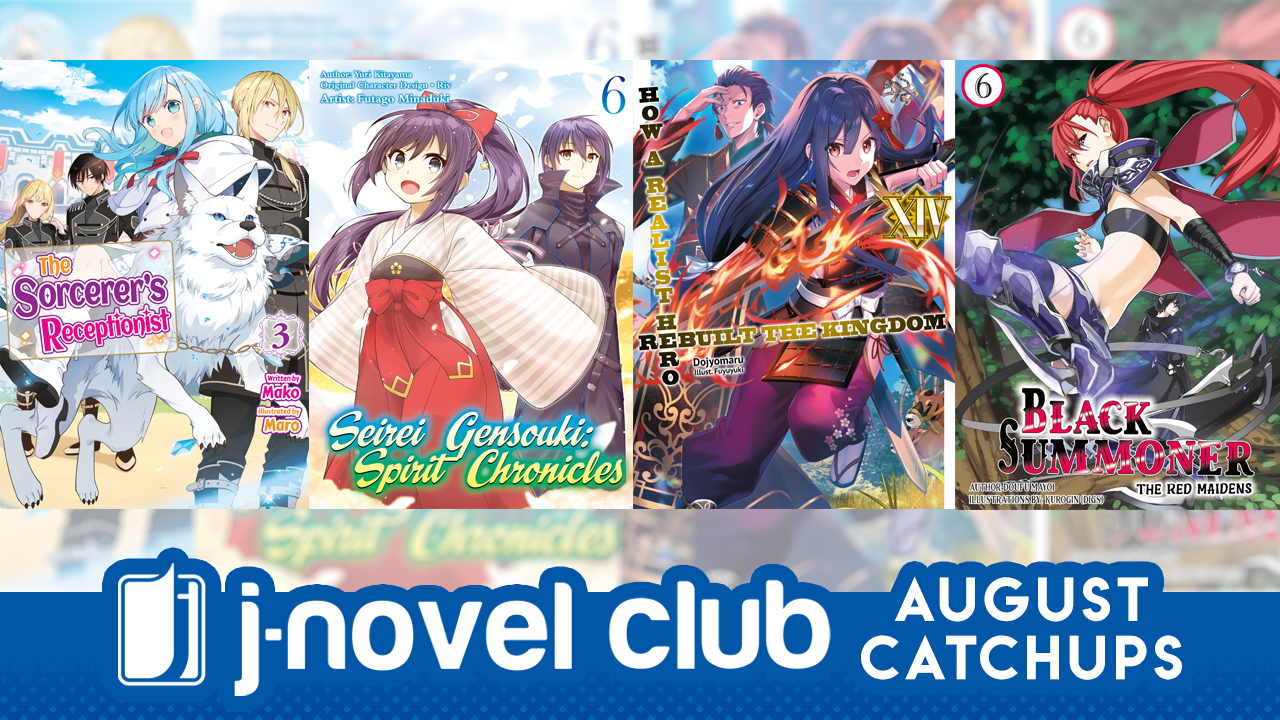 As summer continues on, we hope everyone is staying safe and healthy, and we've got some new catchup series to keep members occupied!

The summer 2021 anime season continues, and with it, so does our catchup selection! This time, read the light novels for How a Realist Hero Rebuilt the Kingdom and the manga for Seirei Gensouki: Spirit Chronicles!

Kelvin wakes up in strange dimension, but has no memories! Turns out he bartered them for stronger abilities for his other world adventures! That doesn't explain his insatiable thirst for battle, though... Follow along on the journey of the Black Summoner! And not to be outdone, we're also giving you the story of a boy who stopped a truck from hitting him... but went to another world anyway!!! Wataru (title abbreviated) comes with his memories intact, but gains a whole boatload of exclamation points in the exchange!!!!!

Finally a few shorter selections will be available as well! The Sorcerer's Receptionist chronicles the trials and tribulations of working behind the counter of those oft-seen fantasy guilds; Side-By-Side Dreamers, from the author of Otherside Picnic, features a team of girls fighting against sleep monsters; and Occultic;Nine, part of the Science Adventure series, describe a supernatural mystery enveloping nine strangers...

So much to read in August, hope you enjoy!