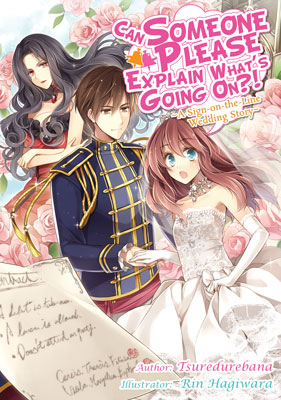 Can Someone Please Explain What’s Going On?!

If you thought regular marriages were insane, wait until you see the contract Viola signed! Our heroine, the daughter of an earl, signed herself away in a marriage contract to an aloof duke, Cercis, in order to save her family from a lifetime of poverty. All of a sudden, Viola’s life is turned upside down when she moves into the Fisalis family’s manor and is left to negotiate her new life as a “show wife” in a world she had only ever caught glimpses of before. How will she shake things up at the Fisalis estate? 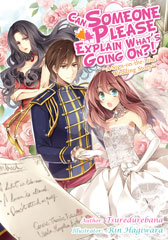 If you thought regular marriages were insane, wait until you see the contract Viola signed! Our heroine, the daughter of an earl, signed herself away in a marriage contract to an aloof duke, Cercis, in order to save her family from a lifetime of poverty. All of a sudden, Viola’s life is turned upside down when she moves into the Fisalis family’s manor and is left to negotiate her new life as a “show wife” in a world she had only ever caught glimpses of before. How will she shake things up at the Fisalis estate? 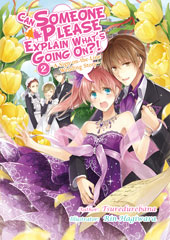 After entering into a contract marriage with noble superstar Cercis Fisalis to save her family from a life of debt, ‘show wife’ Viola is now faced with a new challenge: updated terms and conditions in said contract! What’s more, the duke still seems intent on wooing her and is not afraid to spend some dough to do it! Now that they’re living under the same roof, though, she finds herself slowly growing closer to him… but what’s this? Rumors about Cercis!? 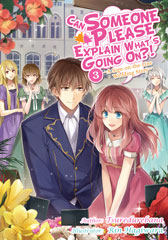 It looks like Viola and Cercis are finally starting to see eye to eye when Cercis suddenly tells her that he'll be leaving for a campaign in a neighboring kingdom. Will Viola be okay by herself in the manor while he's away? Well, maybe ‘alone’ isn’t the right word—after all, her servant friends will still be there! Or so she says. Before he leaves, though, he’s intent on taking her on one more date! Hope it doesn’t go like the last one. Find out how our heroine fares looking after the estate while Cercis is away in volume three of Can Someone Please Explain What’s Going On!? 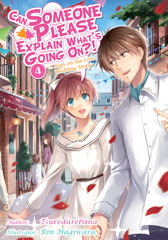 Viola’s world is yet again a whirlwind of activity and confusion. A new maid comes to the manor to take over for Mimosa just before Cercis returns from war with Aurantia. He’s no longer the selfish, obstinate manchild he was before, and it has Viola puzzled as to why. What’s more, now that he’s back, she has to attend another social event: this time, a repatriation ceremony! Cercis may have survived the war, but how will our heroine survive listening to the king’s speech!? And then just when life seems like it might go back to normal, Cercis drops another bombshell on her: a honeymoon! Be sure to stick around for the side story at the end featuring a certain someone! 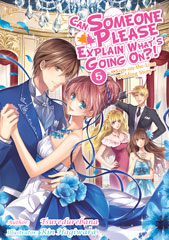 “I, Duke Cercis Tinensis Finalis, promise to love Viola Mangelica Fisalis, till the end of my days.” Viola can’t hide her surprise when Cercis says his wedding vows for real on their extremely belated honeymoon. And in his increasing romantic fervor, he names the sapphires mined in his territory “Viola Sapphires”! Now he wants her to wear them at parties to advertise them... What kind of humiliation play is this!? On top of all that, their capable servants’ “Perfect Duchess” training starts heating up, too! Viola has a lot on her plate, and her newly awakened feelings for her husband aren’t gonna make things easier! 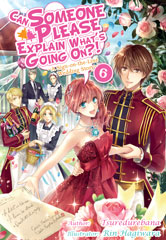 Despite their marriage starting out as purely a business arrangement, Viola is starting to bend to Cercis’s wooing and is (nearly!) ready to admit to her own feelings. Unfortunately for the pair, the neighboring kingdom of Aurantia is sending their crown prince to Flür for a ceremony to commemorate the end of the war. They’re also asking for his sister, the princess, to marry into the country as a sign of peace. But she’s picked Cercis, of all people?! To make matters worse, the crown prince himself falls in love at first sight—with Viola! Despite immediate rejections, neither of the royal siblings are going to give up easily! Viola and Cercis’s relationship will be put to the test! 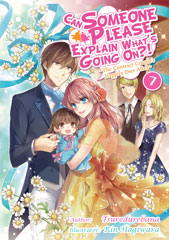 What started as a loveless contract marriage between a prestigious duke and the impoverished daughter of an earl grew into true love before they knew it. Now that Viola and Cercis have renewed their vows—and meant it, this time!—a new chapter begins in their life together. But as it turns out, they aren’t the only ones responsible for all that love in the air! While Cercis was on his quest to win over his wife, his longtime, long-suffering friend and partner-in-crime, Corydalis, was busy falling head over heels for a certain maid from the Fisalis manor! Will we see love blossom between yet another pair? 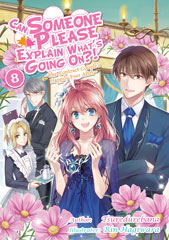 Little Lettie has a question for her parents: “How did I come into the world?” The tale begins during a turbulent time for the Fisalis manor—weddings and adoptions and childbirth, oh my! Between all these delightful shake-ups at the estate, Viola and Cercis find themselves starting to long for a little one of their own. In the meantime, the couple gets invited to the Argenteia family’s housewarming for their brand new villa—only for Viola’s très expensive Viola Eye jewelry to get stolen amid the festivities! Who could the culprit be?! Just like everything else with this duo, the story of the days leading up to Violet’s birth is one full of ups and downs! 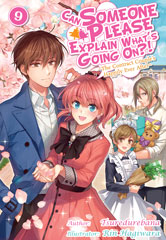 It’s been some time since Viola and Cercis went from contract marriage to true romance. Now it’s almost time for Flür National Day—a celebration of the kingdom’s founding, the start of a brand-new calendar year, and the king’s birthday all in one! Between the obligatory annual ceremony and decorating the manor, there’s no lack of preparations to be made—and then add Lettie’s impending birth into the mix! Will she make it in time for the festivities? And how will her arrival change life around the manor?