Start Winding Up the Year with November Catchups! 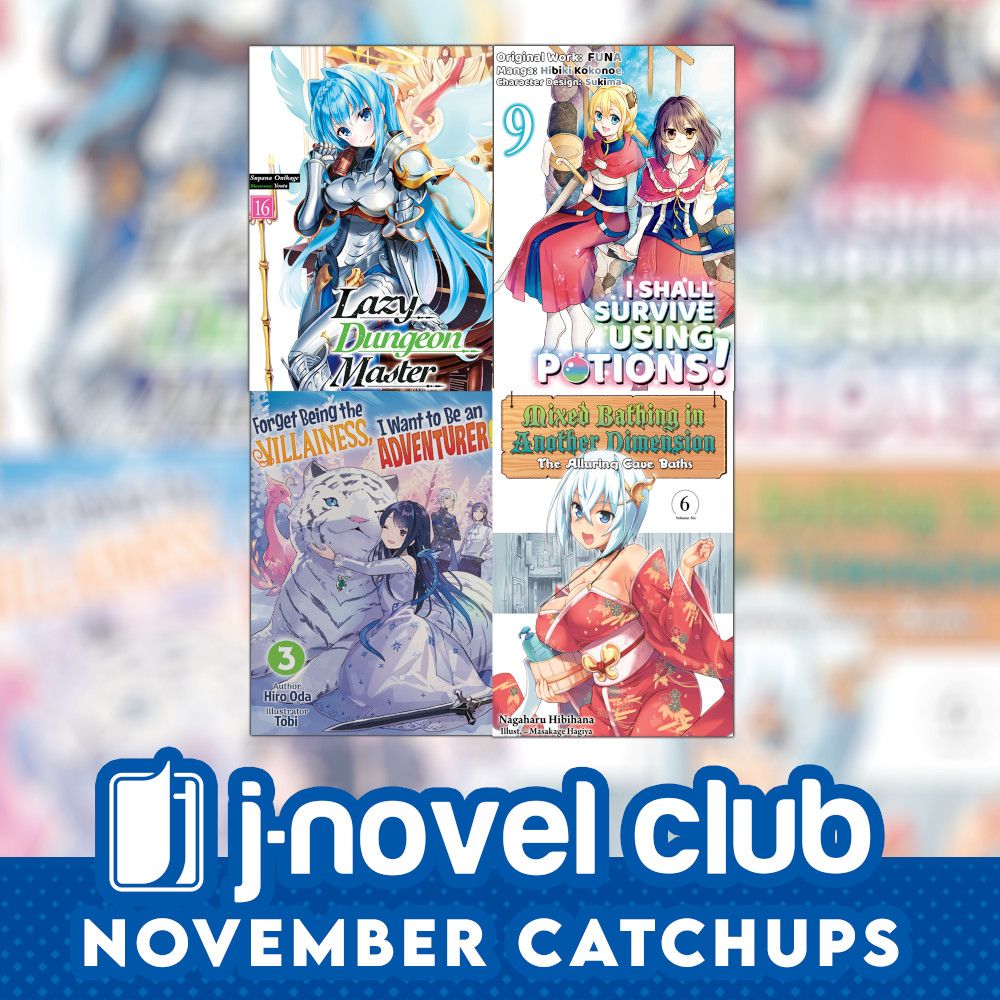 As we start closing out 2022, what better way for members to match the mood than with some series we'll soon say goodbye to as well!

A popular series that first started streaming back in the summer of 2018, Lazy Dungeon Master is currently going through its final 17th volume! Keima Masuda gets summoned to another world as a dungeon master to a dungeon core who has the form of a teenage girl. But... he's incredibly lazy! Killing bandits and adventurers? Managing the dungeon's operations? Competing with other dungeon cores to see who can beat each other's dungeons faster? He'll only fire up his brain in order to figure out the quickest way to get back to sleep!

Mixed Bathing in Another Dimension is another quiet hit that will be ending with its 7th volume! Summoned along with other heroes, Touya's unique skill turns out to be... the ability to summon his own private bathroom?! This puts out any ambition he had of defeating the demon lord. However, as he slowly discovers the surprising features of his skill, a path opens for him to survive in this new world... and a goal as well: to one day bathe with his fellow heroine Haruno! Find out how mixed bathing plays a unique role in Touya's adventures... and in saving the world!

This next series has already ended, but it's also about changing a bad ending! In Forget Being the Villainess, I Want to Be an Adventurer!, Serephione is the villainess of a story she read in her previous life. Couldn't the entire story be avoided if it just never happens? She decides to become an adventurer and just never interact with the characters from the book! However, as this creates bigger and bigger changes to the story she knows, will she be able to keep her secrets and continue with her new life?

Finally, with one ending always comes a new beginning. After Kaoru dies on Earth, she's allowed to decide her new ability in her new world - the ability to create potions. However, things often don't go as planned, and Kaoru's frequent miscalculations keep her on her toes in her new life! Keep up with her antics in the manga adaptation of I Shall Survive Using Potions!

There are over 30 volumes of catchup for members! And when those end, what will you begin afterward?