Roll the Film on January Catchups! 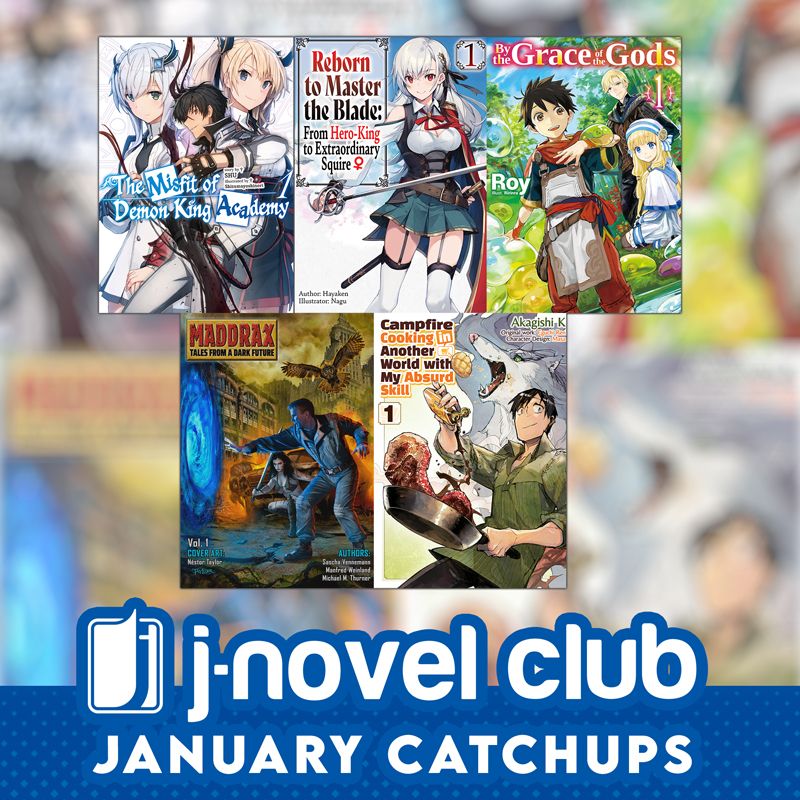 A new year means a new season of anime, and we've got both new series and returning ones coming to the screen! Members can read past the anime while waiting for new episodes, or catch up on what happened last time before jumping into a new season!

On his deathbed, Hero-King Inglis wishes he could live a life without becoming a ruler and just live by the sword. He gets his wish... although with a slight, unexpected change... Reborn to Master the Blade: From Hero-King to Extraordinary Squire ♀ begins airing next week! Joining it is a poor office worker who gets caught in a hero summoning and ends up on his own journey with some peculiar companions... a mythical wolf and a baby slime?! Check out the manga of Campfire Cooking in Another World today!

Returning for a new season of antics is The Misfit of Demon King Academy! The Demon King Anos reincarnates into the future, hoping to see the world of peace he brokered... but things didn't quite go according to plan, and conspiracies roil beneath the surface in a new world. On the other side of the fence and trading intrigue for slimes, By the Grace of the Gods is back as well! Ryoma died of overwork, but divine intervention has him transported to another world as a young boy. Can he find peace and relaxation this time around?

Finally, we have the time travel shenanigans of Maddrax for something completely different! Matthew Drax stops the moon from falling to Earth, but is sent 500 years into the future as a result! As he adventures across this unfamiliar land, will he find a way home, or just a ticket to another pocket of time?

Over 30 volumes of content are available for J-Novel Club members to read today! Happy 2023!