Read While Sunbathing with June's Catchups! 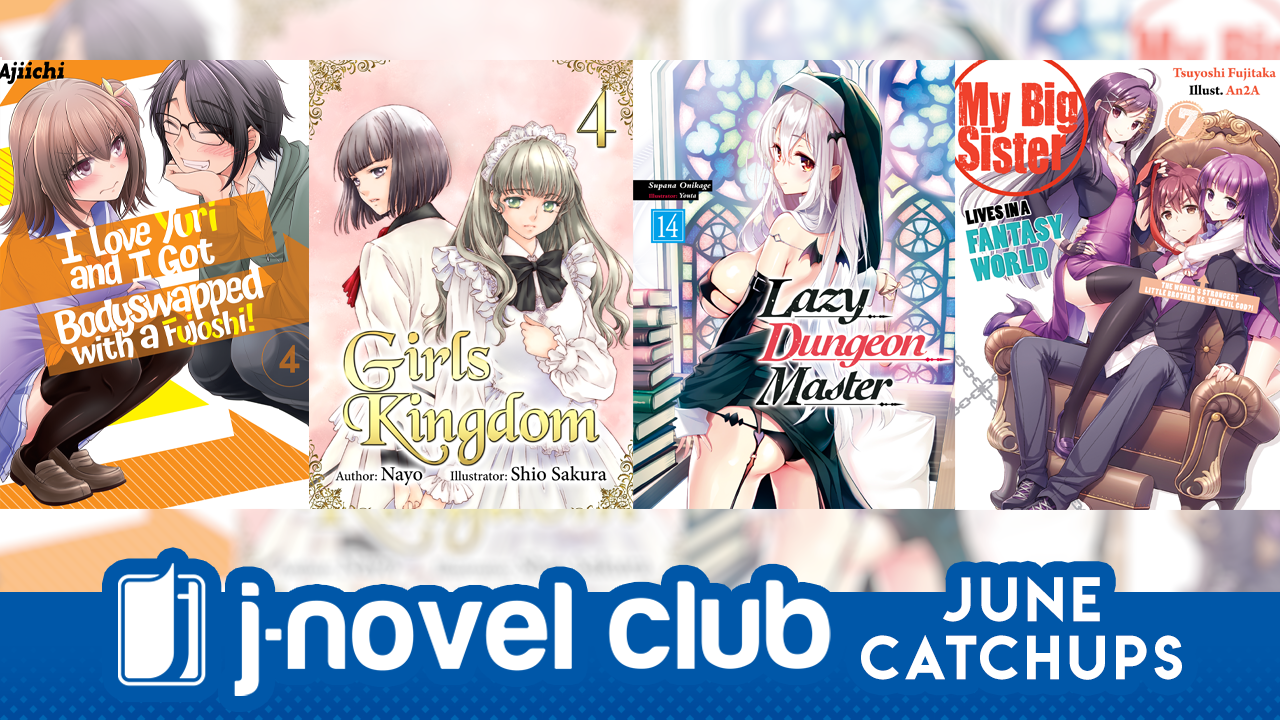 Summer's here, which means it's time to go outside! While you're enjoying the weather, or after you've had your fill and need something to do indoors, we've got new catchups for members!

If you're going to be more active to take advantage of the season, what better contrast than to read about a Lazy Dungeon Master? Keima gets summoned to another world to manage a dungeon of monsters and repel adventurers, but all he wants to do is sleep! He'll have to sharpen his wits if he wants to stay alive, fend off female admirers, and still find time for some shuteye!

If you're keeping up with the Instant Death series, why not check out the author's previous work, My Big Sister Lives in a Fantasy World? I've heard there's even a crossover in Instant Death at some point... Yuichi suddenly starts seeing status tags describing the people around him, which would be fine if they weren't crazy fantasy races and stuff! However, his older sister Mutsuko is (somehow) already prepared for something like this!

Next, we've got a series with "yuri" in the title that isn't really about yuri, and another one without it that's definitely yuri. Both series are pretty much what they say on the tin, though; I Love Yuri and I Got Bodyswapped With a Fujoshi! is a bodyswap high school comedy manga, while Girls Kingdom is about... a kingdom of girls, metaphorically, in an all-girls academy!

Finally, we're sad that another volume hasn't come out yet, but check out
Gear Drive, an adventure story about a girl who can create gears! There's 30 volumes to read this month, one for each day, so time to read!