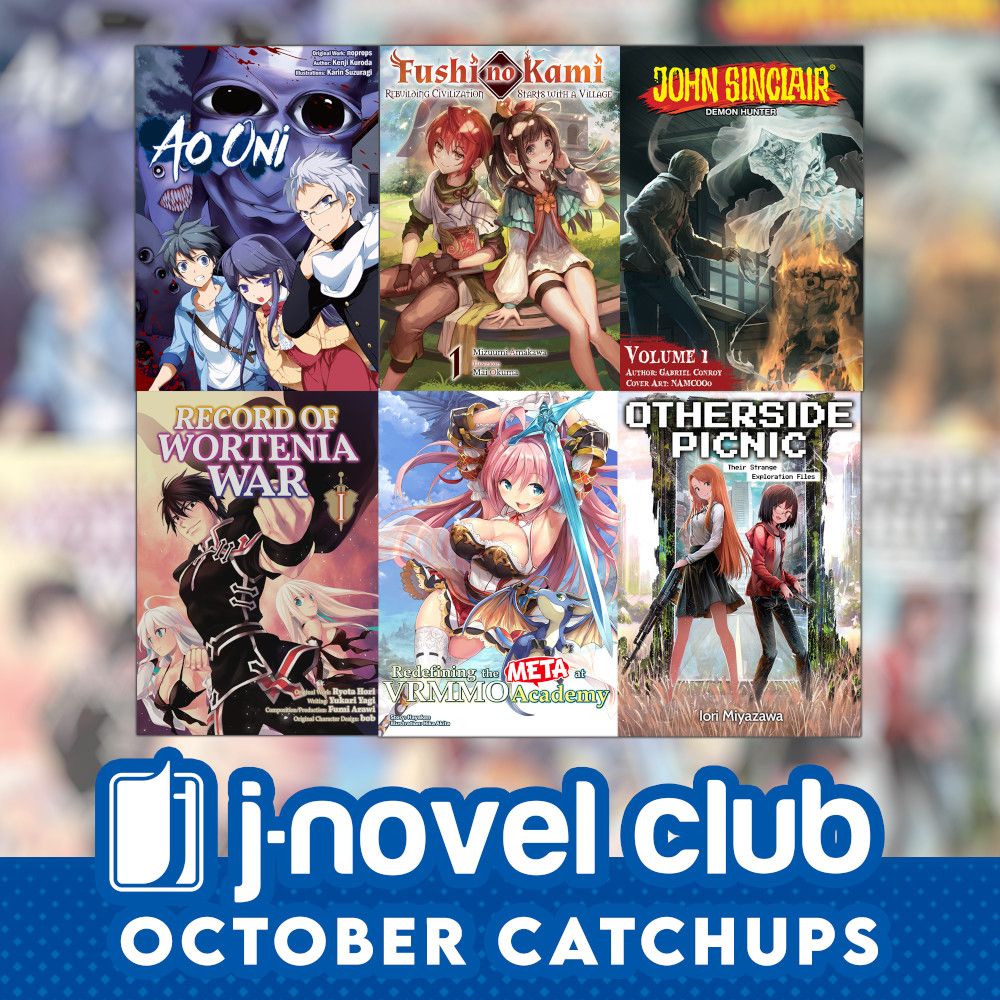 It's spooky season with Halloween coming at the end of the month, so we've got some creepy catchup series to check out, as well as some other tasty morsels for members!

An annual catchup tradition, Ao Oni is here to scare in the most terrifying game of tag! Shun and his classmates find themselves in an abandoned mansion, but at the same time they discover they can't get out, they also start getting chased by a mysterious, giant blue creature! Can they figure out how to escape, or will they all die at the hands of the Ao Oni first?

Speaking of creepy, the worlds of Otherside Picnic's creepypasta is sure to cause your skin to crawl. Sorawo encounters Toriko on the Otherside, a strange world where urban legend ghost stories have become reality. The two girls quickly hit it off and make plans to go back, in order to find treasure and also a missing friend. And for something with a bit more Western horror appeal, John Sinclair: Demon Hunter chronicles the adventures of Scotland Yard's titular demon hunter as he works crimes both mundane and satanic. Can he vanquish both the demons terrorizing humankind as well as the ones that haunt his own past?

That's it for the tricks, so now we have a couple treats for our members too! The idea of being isekai may be appealing to some, but others may hate having to adapt to a less civilized world. Ash in Fushi no Kami feels this way, so he uses his past-life memories, as well as the help of some books connected to an ancient advanced civilization, to develop his new life's village. Catch up quickly to start reading the final volume 7, streaming later this month! In addition, we've got our first rescue series continuation too - Redefining the Meta at VRMMO Academy is on catchup since we begin streaming volume 5 this month! Ren enrolls at a special school that melds traditional classes with online gaming and decides to choose the weakest class and turn it into the strongest, but nothing can prepare him for the revelation that his best online friend was actually a girl! Check out this quirky series by the author of the popular Hero-King!

Finally, we have a real-world horror to show you too: war. Specifically, the manga adaptation for Record of Wortenia War. Ryoma is suddenly summoned to another world. Thankfully, his unconventional upbringing just happens to be perfectly suited to escaping enslavement and his would-be captors. Unfortunately, the only way he can continue to survive is by involving himself in the various wars being conducted across the continent. Will Ryoma ever find peace, or the reason behind why he could so readily adapt to his harsh new reality?

So subscribers should get their book-reading costumes ready for this grab bag of over 30 volumes of series on catchup now!