May Your Reading Days Be Filled with May Catchups 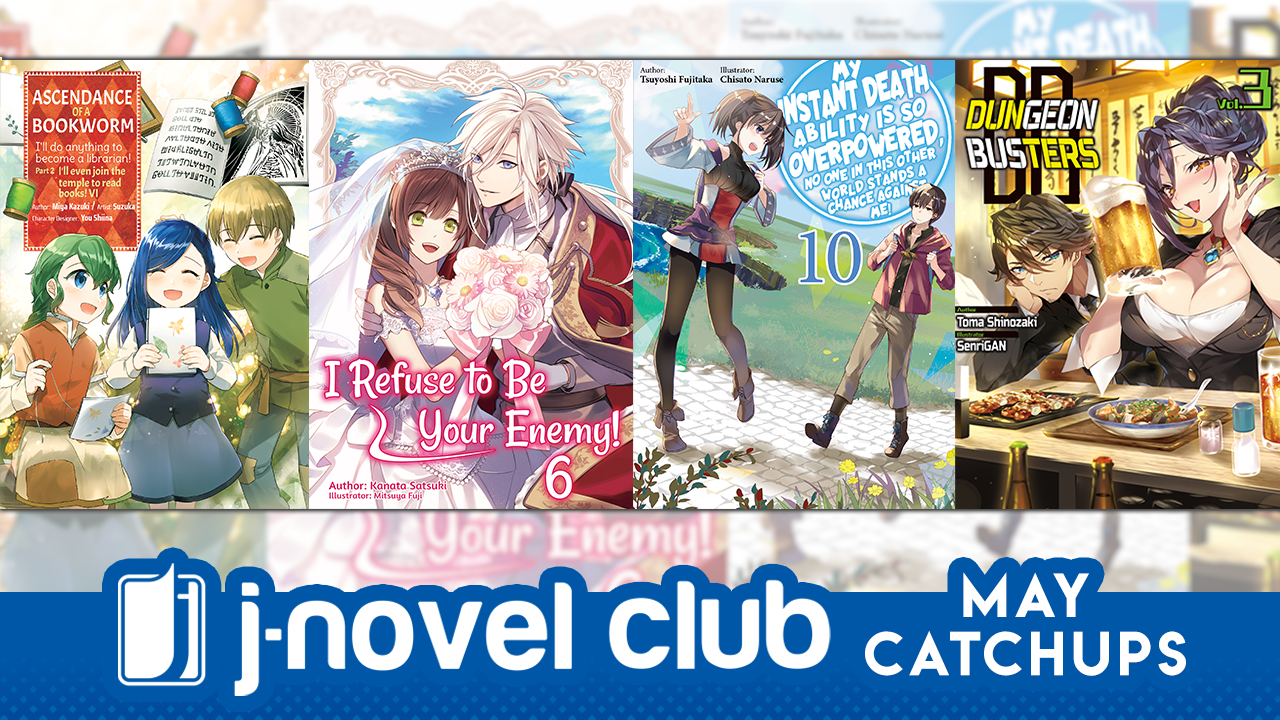 May has arrived, and with it comes new member catchups!

There are plenty of isekai stories out there where the characters don't get what they expected, but how many are there where the readers get the rug pulled out from under them? My Instant Death Ability Is So Overpowered, No One in This Other World Stands a Chance Against Me! has one of the longest English titles in our catalog, but it's also exactly what it says on the tin: Conspiracies and divine machinations mean nothing when our hero can literally kill anything with a thought! Check out the satire that some call "Isekai One Punch Man" now!

After a long hiatus, it's back! Dungeon Busters stars Ezoe Kazuhiko, an entrepreneur whose company promises just one thing - to clear the fantastical dungeons that have suddenly appeared all over Earth! Full of politics and real-world Japanese references, this series offers and overwhelmingly realistic dungeon-diving epic!

Kiara dreams of a mysterious world where a girl plays a certain strategy game. When she learns about her engagement to a viscount, she realizes that she's the villain of that game, and her fate is to die to the heroes! So now, to those heroes, she declares "I Refuse to Be Your Enemy!"

Members have over 30 volumes of content to catchup on this month, so get reading!