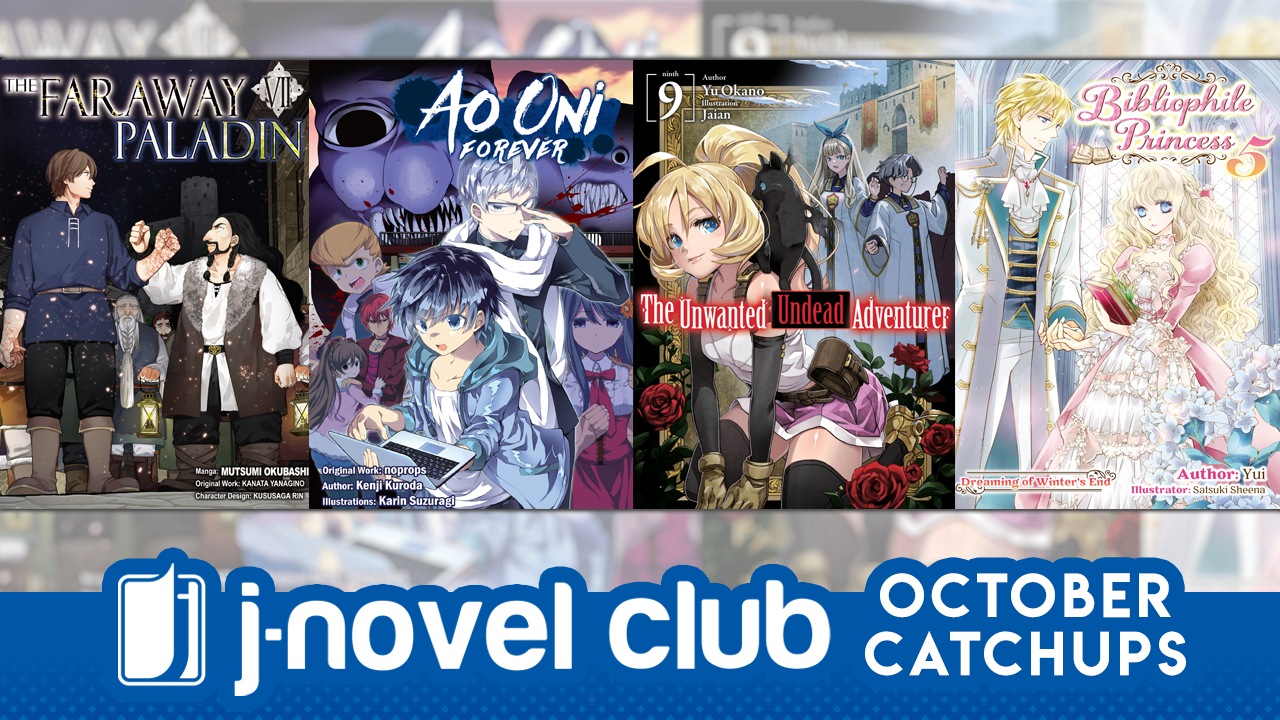 It's October, and you know what that means: Halloween is coming at the end of the month! To get members in the mood, we've got just the catchup series!

Based on the well-known horror RPG game, Ao Oni follows a group of kids trapped in an abandoned mansion. When a giant blue monster starts chasing them, one thing is for certain: if they're caught, they're dead!

Rentt is exploring a dungeon when he is suddenly killed by a dragon... and wakes up as The Unwanted Undead Adventurer! Can he evolve his way back to being human again? Newly available in print!

Watching the anime this season? Read the manga if you can't wait for the next episode! Will reincarnates into another world, where he finds himself being raised by a skeleton, a mummy, and a ghost. Who is he, and how did he get there? As he unravels the shocking truth, he takes his first steps into becoming The Faraway Paladin.

Finally, we've got the sordid chronicles of the Library Ghost (Bibliophile Princess), a regular office worker encountering a strange woman in the rain (Middle-Aged Businessman, Arise in Another World!), and a terrifying future world where kanji is extinct and all literature is about little sisters (My Little Sister Can Read Kanji)!

Get spooked with over 30 volumes of content to devour by Halloween!