Get Up to Date with September Catchups! 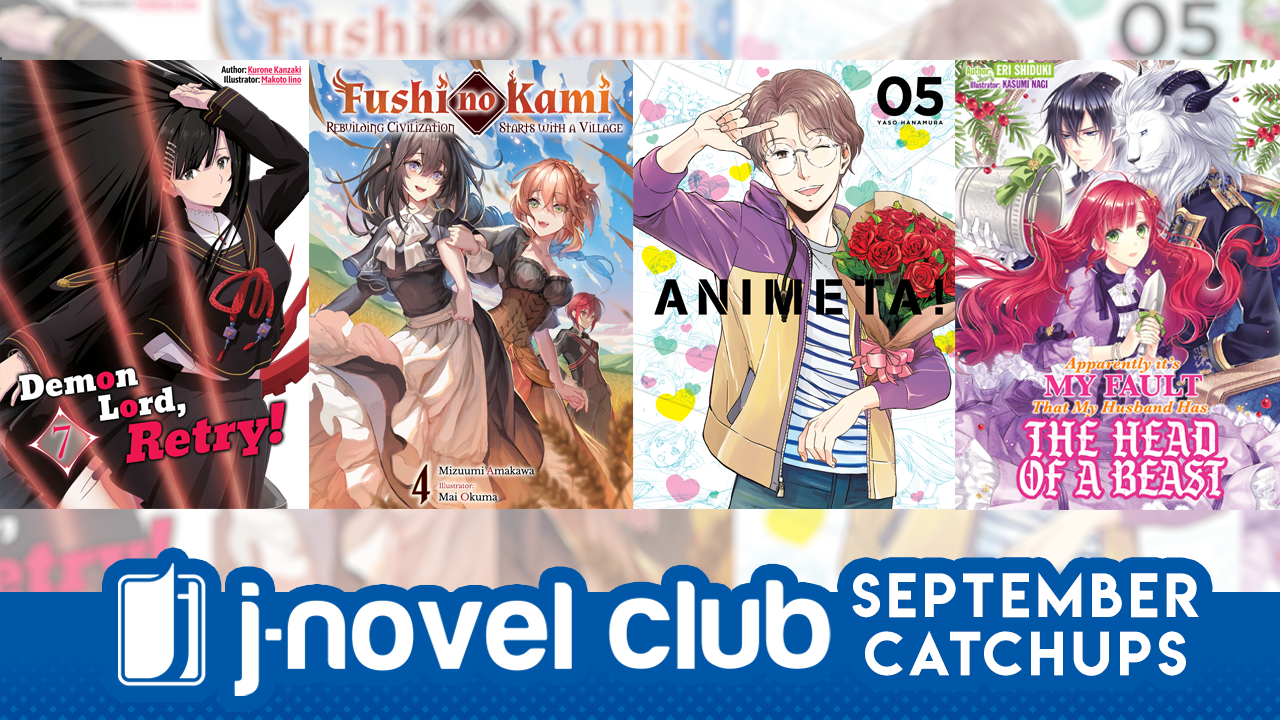 Autumn is upon us, and we also have new catchup series to check out!

We've got a bunch of series about making stuff this month! First, making anime! Read all about anime behind the scenes from a former animator in Animeta! Next, making civilization! A young boy in Fushi no Kami is born with modern memories in a medieval world and wants to speed up the development of technology. Finally, making war! Ryoma suddenly finds himself summoned to another, crueler world, and he must leverage his unusual upbringing to survive in Record of Wortenia War.

And there are more series to check out! Demon Lord, Retry! follows the (mis)adventures of a MMO player who wakes up as his (overpowered) character in a new fantasy world, and a couple titles that are exactly what they say on the tin! Apparently It's My Fault That My Husband Has the Head of a Beast and There Was No Secret Evil-Fighting Organization (srsly?!), So I Made One MYSELF!

Over thirty volumes of contents for J-Novel Club members to read, so get started now!