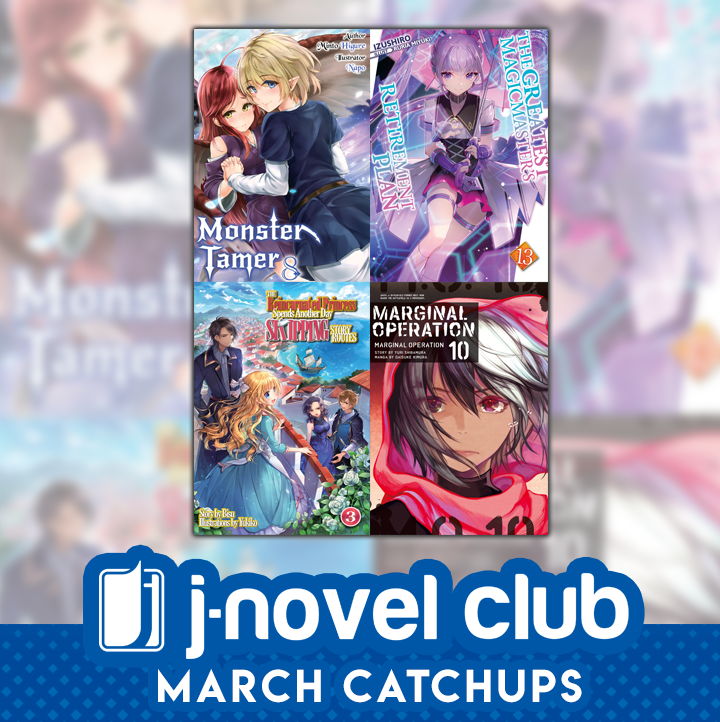 In the spirit of Mardi Gras, we've got some hearty catchups to dine on for March!

In The Greatest Magicmaster's Retirement Plan, child soldier Alus just wants to end his life of fighting, but as the most powerful Magicmaster, he's roped into enrolling at an academy and secretly training his replacements first! How long will it be before he can peacefully retire...?

Takahiro finds himself in another world with nearly his entire school. Some students find themselves with superhuman abilities, and they lead the school into creating a community to survive. However, one day there's a breakdown and kids with power start killing fellow students. Takahiro somehow manages to escape and discovers that his power is that of a Monster Tamer.

Princess Rosemary realizes she's been reborn inside an otome game she played in her previous life... except that all the love interests turn out to be psychopaths or perverts! She decides she can't afford to let the story play out as intended if she wants to achieve true happiness. And that's how The Reincarnated Princess Spends Another Day Skipping Story Routes!

Finally, in Marginal Operation Arata has lost his job, but decides to apply to a private military security instead of becoming a NEET again. Unfortunately, the mercenary life is far more punishing that he could have ever imagined. Be warned that this series does have explicit content!

With over 30 volumes of content, J-Novel Club members have plenty to catch up on this month!