Don't Forget to Get Your Taxes Done with All These April Catchups! 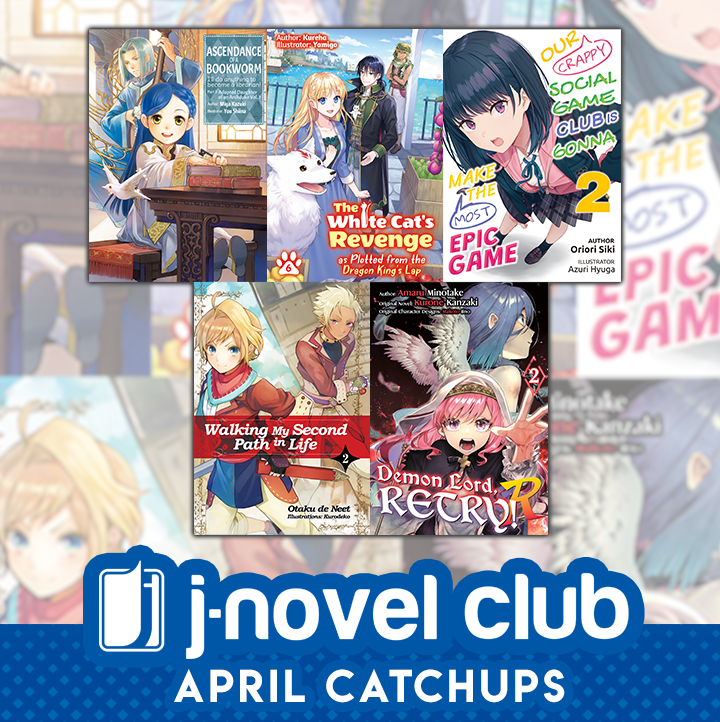 Do you know what month it is? It's tax month! If you live in the US, better remember to get your taxes done!

Back in the day, taxes weren't always paid with money; you could pay with the crops you grew or even yourself in the form of community service or plain labor. And one of our catchup protagonists ends up collecting these taxes in her new life! Ascendance of a Bookworm's Myne finds herself wrapped up in a complicated medieval society when all she wants is to make books! Can she break out of her social obligations, or will she be collecting taxes forever?! And check out anime season 3, airing soon!

Speaking of social obligations, what if you had none to begin with? Princess Fie was married off to a foreign kingdom, but left abandoned in a storehouse. How will she pay her taxes?! She'll have to crossdress as a boy to become a squire! Now called Heath, she'll be Walking My Second Path in Life... but will she be taxed as her new persona as well?! And we may have an exciting announcement soon regarding the 3rd volume of this series...

How about ways to avoid taxes? One way is to be a kid! Your parents include you as a dependent, so you don't have to worry about it! But what if you do something that earns a lot of money? Our Crappy Social Game Club Is Gonna Make the Most Epic Game features some high schoolers trying to develop their own popular game, but given how scrappy their club is, will they be successful enough to worry about taxes?! The other way is to simply not be human at all! Ruri ends up in another world, but she's able to transform into a cat! She can just lounge around all day, owing nothing to anyone, in The White Cat's Revenge as Plotted from the Dragon King's Lap!

Finally, the last way is to be the one doing the taxing! Akira finds himself mistaken for a demon lord when he wakes up in the world of the MMO he used to run. In trying to get back home, he ends up ruling it all with his modern sensibilities and powerful character stats! Become the taxer in the manga adaptation of Demon Lord, Retry!

So there you have it, J-Novel Club members get 35 volumes of distractions - just make sure you get your taxes done in time! And if you end up with a nice return... we've got some great books we can offer you ;)