Blast Off with July's Catchup Selection! 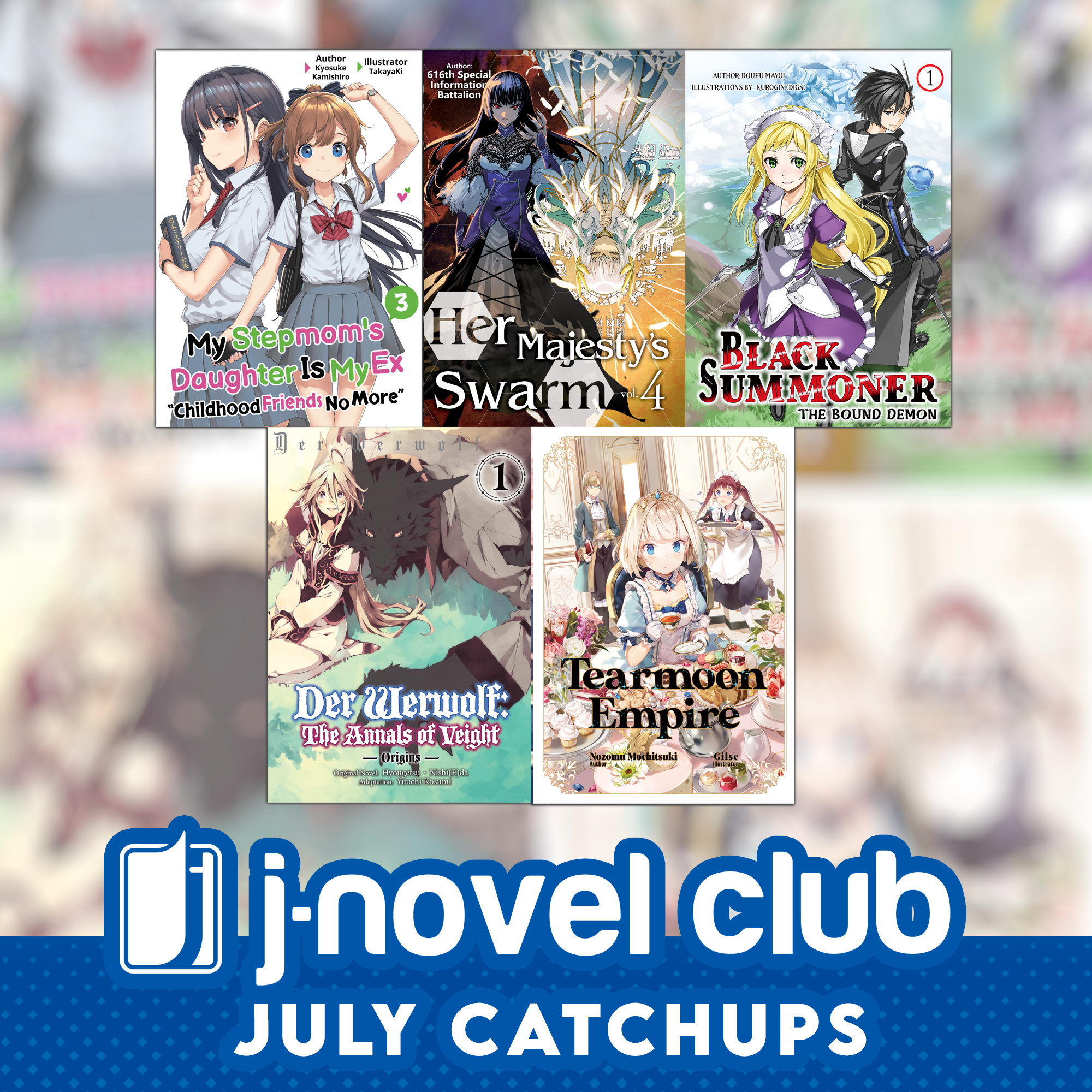 Whether you're launching fireworks, launching into our new announcements at Anime Expo, or launching into a new season of anime, JNC members should make sure they don't forget to check out our catchup series too!

Ready to see the battle maniac in action? Black Summoner's anime starts soon! After blasting away his memories for better skills, Kelvin wakes up as a summoner in a new fantasy world. As he travels and adds companions, he also discovers a primal urge... to seek out more and better battles!

Also airing this season is My Stepmom's Daughter Is My Ex! A boy and girl fell in love, dated, then broke up... but later, now both in high school, their parents married each other! Mizuto and Yume have to pretend to be friendly for their parents' sake, but past experience has already proven that they can't possibly get along! How will these catty new siblings launch into their new daily lives?

The rest of the lineup is also bursting with excitement! In Her Majesty's Swarm, a college girl finds herself not only in another world, but also as the queen of the grotesque Arachnea, a race from her favorite RTS game. Can she survive and keep control over her new swarm? With the manga adaptation of Der Werwolf: The Annals of Veight, reexperience the legendary rise of Veight, a vice-commander of the demon army, as he blows away all enemies with his unique werewolf constitution and modern scientific knowledge!

Finally, have you fallen in love with the Tearmoon Empire manga that we launched in May? If so, then here are the novels that inspired it! Princess Mia of the Tearmoon Empire is executed by rebel forces. Then... she wakes up, nearly a decade earlier, way before the revolution. Does she use her knowledge of the future to steer her country in a better direction? ...Nope! She just wants to ensure her neck stays as far away from a guillotine as possible! And if she happens to save the country in the process? An unintentional but happy coincidence! Check out this fan favorite now!

Members get access to over 30 volumes on catchup, so get to reading now!