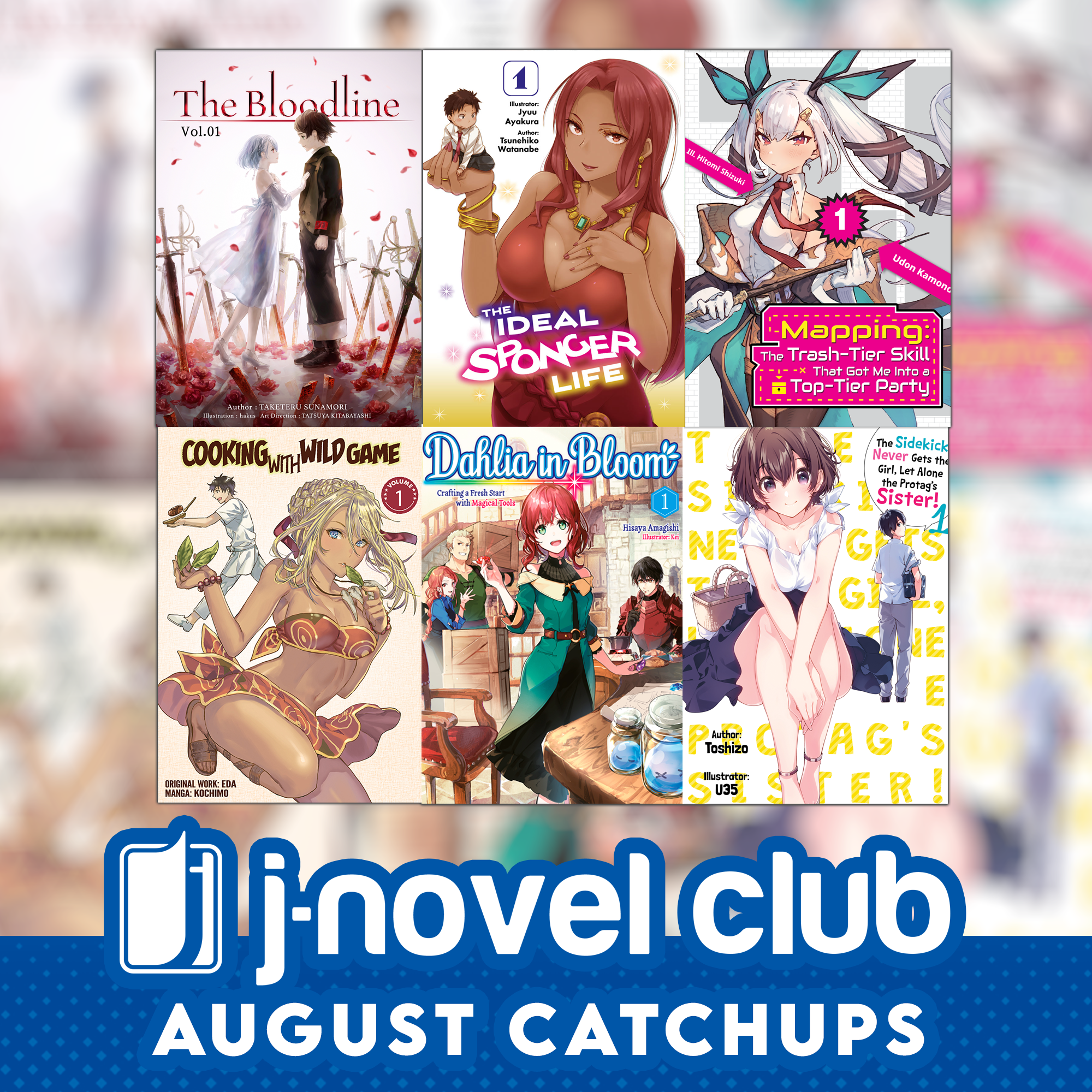 Awesome alliteration aside, we've got some great series on catch up for members to read in August!

First, two tales of relationships - with one starting abruptly and the other ending abruptly. Zenjirou suddenly finds himself in another world, where the beautiful queen of a kingdom asks him to become her consort and sire her heir! In exchange, he'll be able to live a life of indolence and luxury, the Ideal Sponger Life. However, what about the modern comforts of Earth? And is this deal really everything that it seems? And in Dahlia in Bloom, Dahlia's fiancé breaks off their wedding the day before the ceremony! She throws herself into her magical toolmaking afterward and soon discovers that her skills, determination, and relationships are far stronger than she could have imagined.

Next, we have a couple of pure fantasy series to check out! In Mapping: The Trash-Tier Skill That Got Me Into a Top-Tier Party, the adventuring world runs on skills, and Note has got one of the most worthless of them all. But when a top-tier party finds a niche use for that skill, he'll have to put in the work to keep up with his amazing new comrades! Then, after the fall of civilization, humanity lives on by trading blood and lifespans. The relationship between Nagi and Saya, who are from complete opposites sides of society, threatens to upend the entire world of The Bloodline.

But don't worry, there's still isekai to read too! Asuta dives into his burning home to save a family heirloom only to find himself suddenly transported to another world. He's saved by a young woman, who lets him stay with her in her tribal settlement, but will he be able to adapt to his new life with only his skills as a cook? Find out in the manga adaptation of Cooking with Wild Game! And Kunugi Kou was the hero in another world, but now is just a regular high schooler again! All he wants now is to support his handsome best friend's romantic pursuits, but what will he do when that friend's sister seems to have a thing for him...? Because The Sidekick Never Gets the Girl, Let Alone the Protag’s Sister!

Members can check out these catchup series all month!